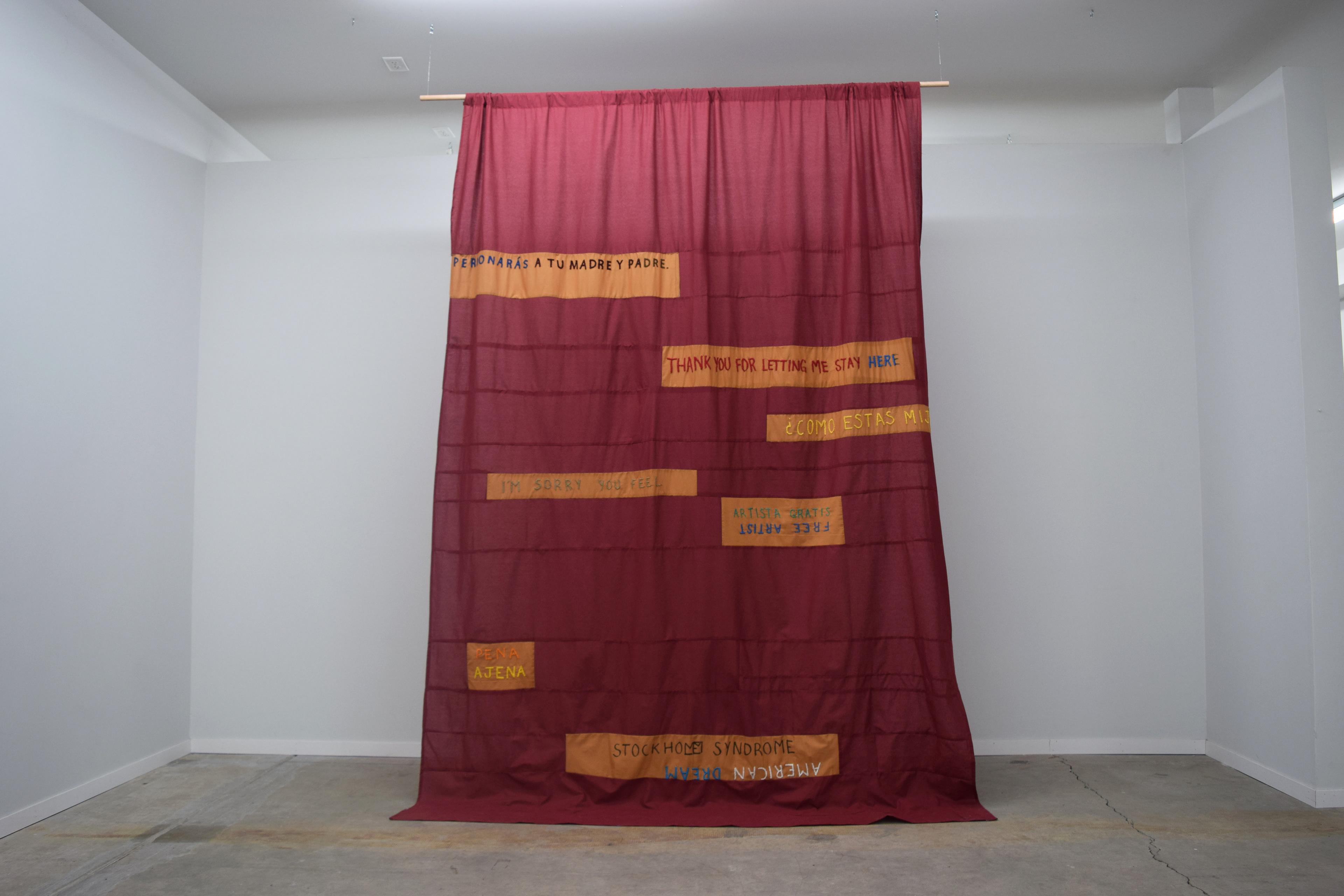 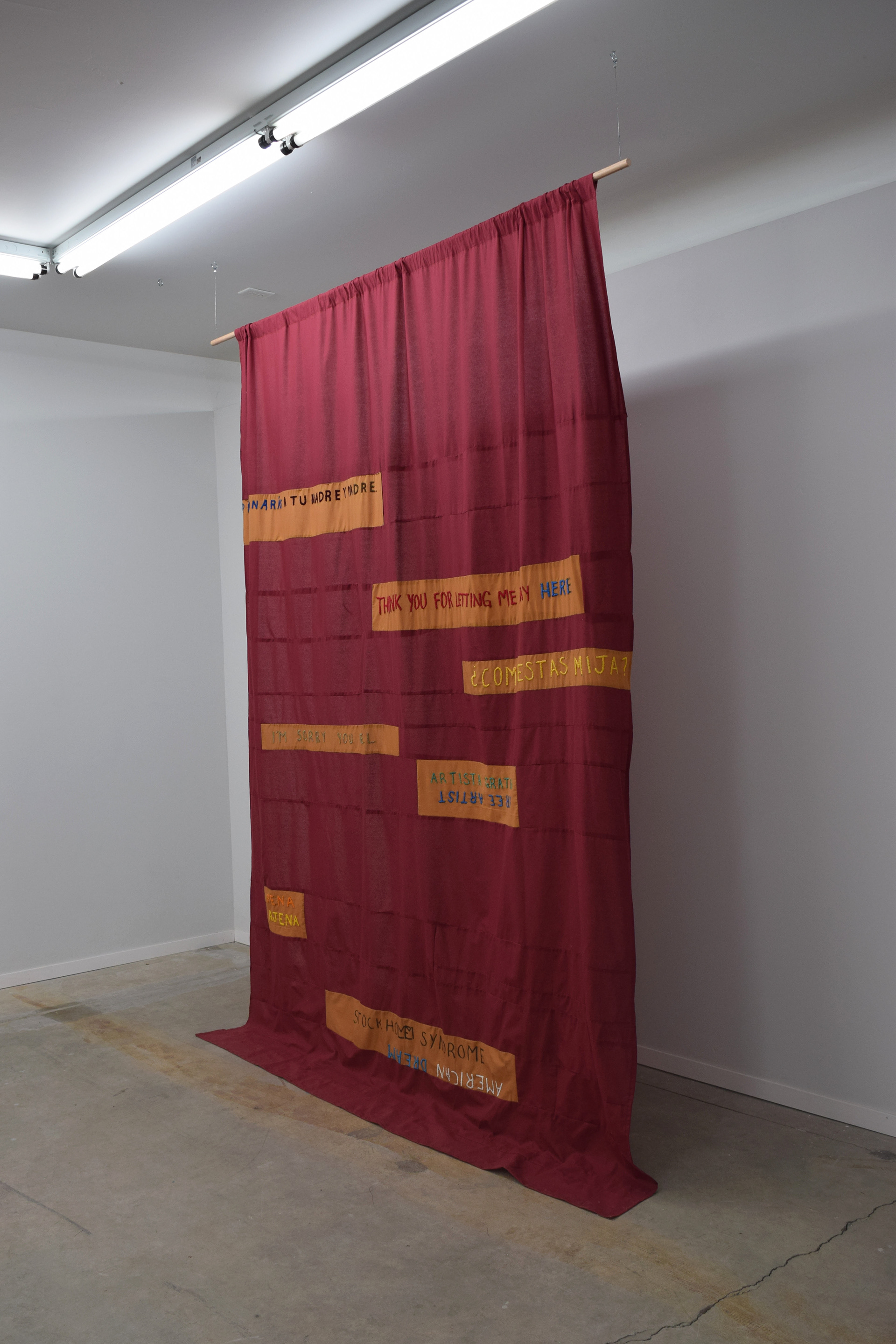 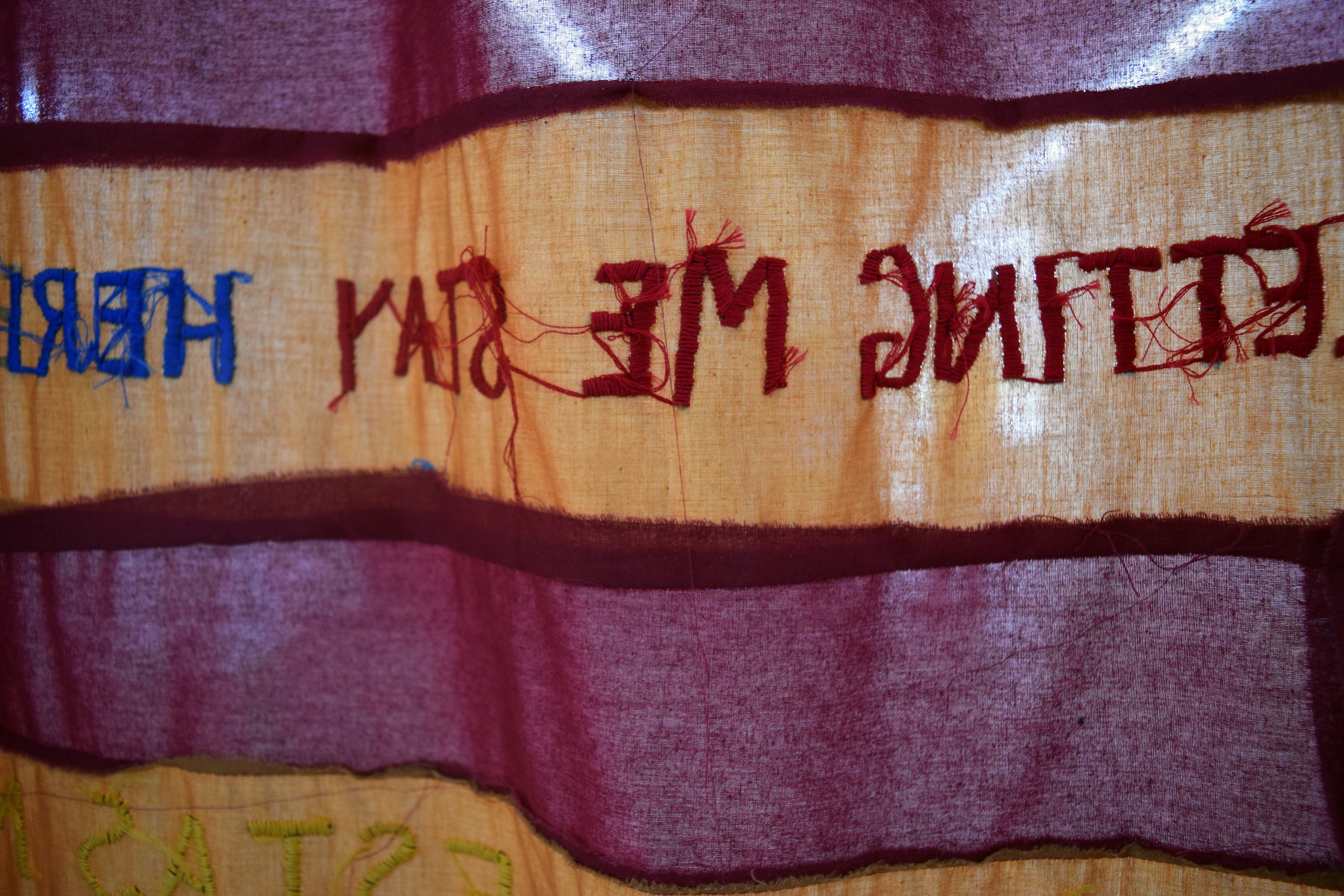 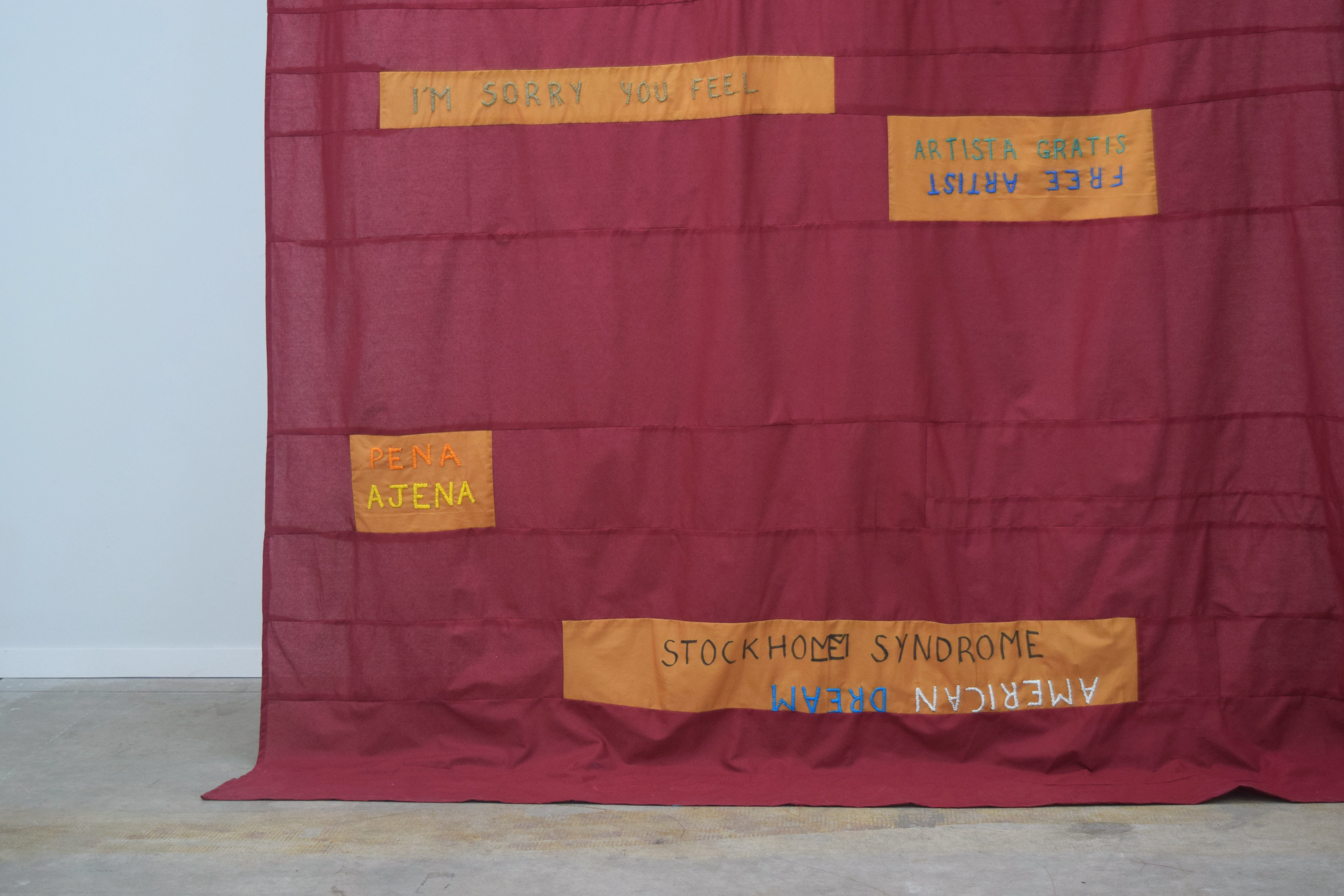 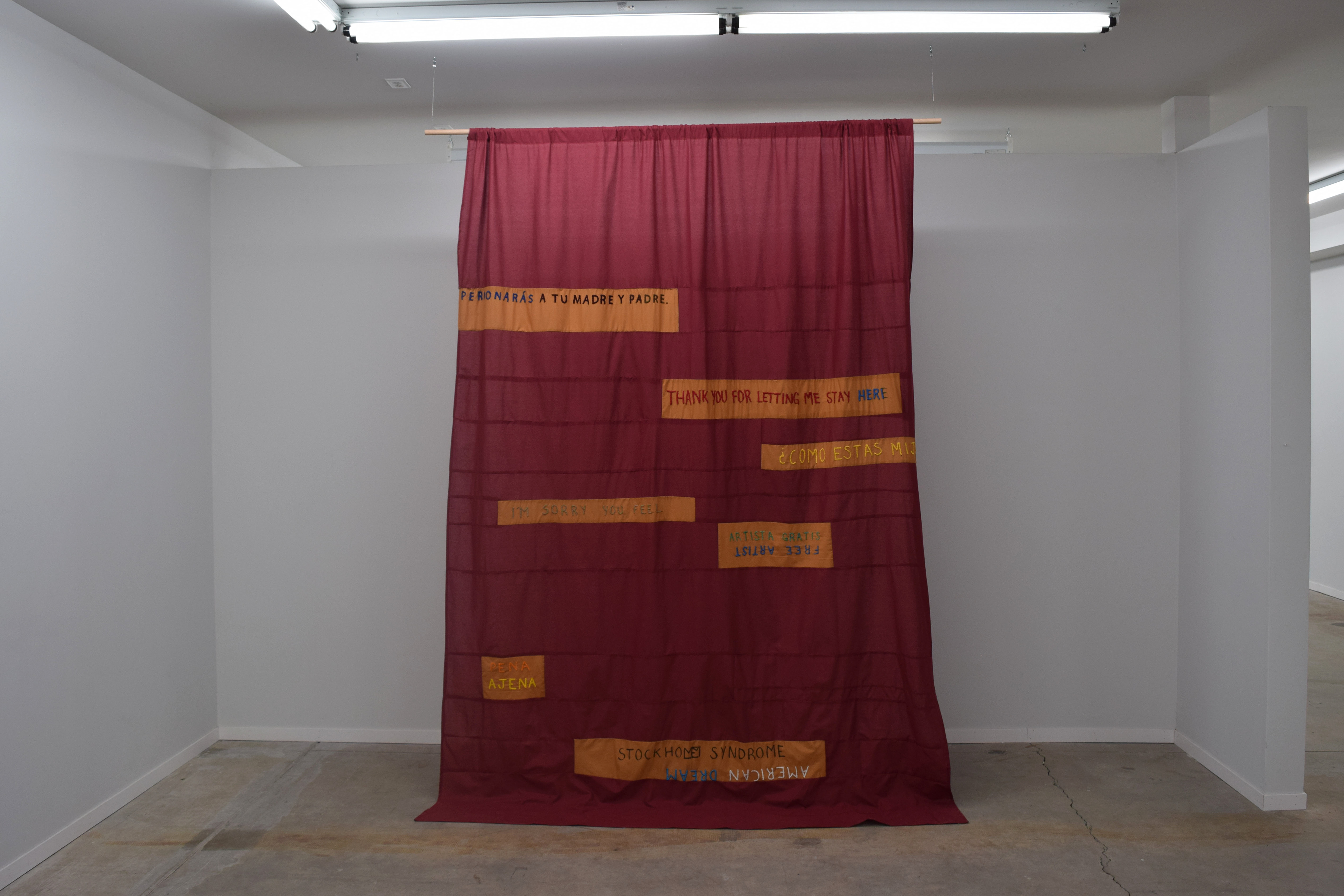 Pocas palabras comes from the saying “Al buen entendedor, pocas palabras” which roughly translates as “fewer words to the wise.” It is about complex emotions and specific social, political, and personal experiences that can be understood empathetically as well as intellectually without elaborate conversations. Sometimes one phrase can show a multi-layered meaning and sometimes that meaning can only be contained in the phrase in one language and it is lost when translated. The same way that some concepts do not have an existing word in another language.
Pocas Palabras is a textile installation composed of embroidered banners with phrases related to the artist’s experience with generational trauma, housing insecurity, family and immigrant experiences. It represents fragments of life that are ephemeral, flexible, and transferable, as the light and the viewer are when they move through the curtain. The curtain is divisive and obscuring, but also be protective and comforting.

Insert copy here, which should vary depending on your region. Accept